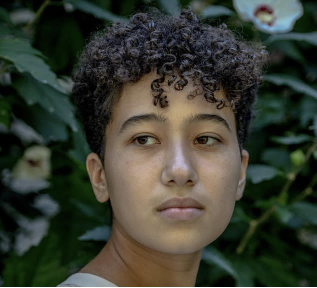 Congratulations to these Cape Cod high school graduates!  They have been named recipients of 2022 Stan Samuelson Scholarships because of their service and advocacy for social justice and human rights, in particular LGBTQ+ rights, at their schools and in the greater community.  They have each been awarded a $2,000 Scholarship.
​
Ana Santos from St. John Paul II High School, identifies as queer and Latin X, and plans to attend Oberlin College to study Public Health, Law and Society, or Gender, Sexuality, and Feminist Studies.  Ana’s twelve years as a Girl Scout helped shape her life of service and leadership.  As part of that organization, Ana was an Environmental Justice intern with Green Roots, Inc., and was also a volunteer at Duffy Health Center.  When she attended a virtual Global Leadership Conference during the Pandemic, what stood out to her was a discussion on LGBTQI+ access to healthcare.  This helped Ana realize that what she wanted to do with her life was to be a LGBTQI+ health advocate, with a focus on underserved communities.  When her high school started a No Place for Hate chapter, Ana was named the student representative.  Since her school wasn’t always a welcoming environment for her, this finally gave Ana a voice to speak up about injustice(s). 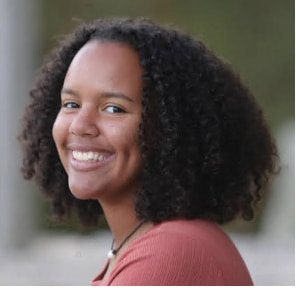 ​Skyla Rimple of Mashpee High School plans to attend University of Pennsylvania to study Political Science and/or Urban Studies.  Foundational to her definition of community is “I am because we are” (from the African Ubuntu).  In addition to being an unsung heroine of MA Commission on the Status of Women, Skyla also was involved in Reading to Kids, creating Valentines for elders, and teaching coding to community members.  Skyla was a Project 351 Rep (a statewide youth-driven service organization); during a 5-year period, she was a leader of service projects for Cradles to Crayons, MA, and the Military Heroes Fund.  One of only 15 MA high school juniors and seniors chosen, Skyla led discussions of race, ethnicity, and disability.  She has raised her voice to fight racism and hunger, and has influenced legal policy and education in interviews with people from the Celtics, MA Association of School Superintendents, and the MA State Senate.  Over the last five years, Skyla has worked with The Boston Celtics Playbook Initiative.  This is a program created in 2016 by The Boston Celtics that trains high school students on how to have difficult conversations on race, ethnicity, disability, religion, culture, gender, and orientation.  Skyla states that her mindset is that “serving is a privilege,” and that “a pursuit for equality is so organic that it exists in every factor of my identity.”  Her love for humanity is what is leading her to pursue a career in public service.