Susan Wilson, BSN, MPH, JD
President
suewilson@capecodpride.org
508-548-7700
​
Since the mid-1980’s, Sue Wilson has served on the boards of Am Tikva, Massachusetts Political Caucus, MA Lesbian & Gay Bar Association, Gay and Lesbian Advocates and Defenders (GLAD), and Greater Boston PFLAG.  She also founded the annual Lesbian and Friends Dance Benefits for MA Breast Cancer Coalition, which recently celebrated its 20th year.
Sue moved to the Cape in 2016, and attended Cape Cod PRIDE that June.  She then joined the committee to help plan Cape Cod PRIDE 2017, and helped incorporate Cape Cod PRIDE, Inc. later in the year.
As President of Cape Cod PRIDE, Sue aspires to not only help develop Cape Cod PRIDE as an organization, and produce an annual June PRIDE event on the Cape, but also to promote LGBTQ community development all year throughout the Cape.
Attorney Sue Wilson has represented members of the LGBTQ community for over 30 years as a nurse-attorney, specializing in personal injury and patients’ rights law, and has offices in Mashpee and Brookline.  Sue is also a Justice of the Peace.  She lives in Mashpee with her spouse, Laura Kanter, and their Golden Retriever, Bella Bear.  They have a daughter, Lainey.  In her free time, Sue enjoys sailing, windsurfing, kayaking, tennis, riding the Cape’s bicycle paths, and photography. 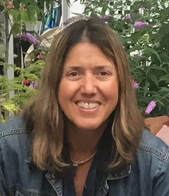 Elena Gatti,
Vice President & Chair, Mid-Cape Local Community Outreach
ElenaGatti@capecodpride.org
Elena has had a home on the Cape for twelve years, and moved here full time this past year. Her attendance at the 2019 Festival inspired her to get more involved. "With the current political climate, I felt that discrimination is flourishing again. It is important that the LGBTQ family bonds together and supports each other. In addition, I feel that there are many who are living reclusive lives here. We are fortunate to live in a beautiful area that offers so much to do. We should be sharing those experiences."
Elena is Vice President for Sales for a food manufacturer. She and her spouse of 27 years enjoy time with their two rescue dogs, as well as boating, golf and photography. Elena looks forward to the opportunity to give back to the community through her involvement in Cape Cod Pride.

Milt Harris
Treasurer and Chair, Vendor Committee
​MiltHarris@capecodpride.org
Milt moved from Connecticut to the Cape in 2012. He spent most of his full time career in telecommunications cost management and subsequently in governmental financial management in Connecticut. As a full time retiree moving to the Cape, Milt has been enjoying kayaking, off roading on the beaches, wonderful meals at some of the great Cape restaurants, and most of all forming new friendships many of whom have become part of his extended "cape family". As an animal advocate, he is a member of the Sampson Fund for Veterinary Care and likes spending time with his Great Dane.
​     Several years ago Milt became a member of the Lower Cape LGBT 55+ group, and more recently the Cape Cod Gay Men's Social Group. Once he became a member of Cape Cod Pride he began to appreciate the opportunity for unity and community among the various LGBTQ groups and residents on the Cape. Milt is glad to accept appointment to the Board and looks forward to finding ways he can support the mission of Cape Cod Pride.

​Jim McIlvain, PhD
Chair, Upper Cape Community Devt.
jimmcilvain@capecodpride.org
After obtaining his degree from SUNY- College of Environmental Science and Forestry, Syracuse NY, Jim pursued a research career with labs in St. Louis, Durham NC, and Chicago before starting his career with Carl Zeiss Microscopy LLC. He has held various positions with Zeiss over the past 19 years , and is currently Sr Application and Product Support specialist embedded at the Marine Biological Laboratory in Woods Hole.
In his many relocations, Jim was active in the local UCC congregations and held leadership positions in both Syracuse, NY and Chicago Heights, IL. He is a member of the Falmouth Gay Men’s Social group, Boston Gay Professionals, and Cape Cod Gay Men’s Social group.
Jim is the proud dad of three sons, and a grandpa of two wonderful granddaughters.  He moved to the Boston area in 2005, and has been a resident of Falmouth since 2012.  Jim joined the Cape Cod Pride committee after attending Cape Cod Pride events. He is excited to be working with the organization to help expand the Upper Cape LGTBQ network for all. 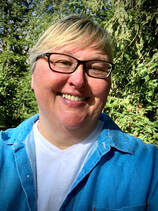 Jude Bartlett
Chair, Lower & Outer Cape Community Outreach
​  Jude@capecodpride.org
Jude and her partner moved to Chatham last year, after living for decades in San    Francisco. Jude worked for many years at Apple, and had previous careers as a small business owner and a wine specialist in the Castro neighborhood of San Francisco. While living in the Castro, Jude volunteered at Stop Aids Project and Project Open Hand.
On the Cape, Jude teaches photography and tech classes, specializing in Apple devices, software and apps. She has a degree from the Art Institute of Chicago and has been exhibiting her photography locally. Connecting with new people in this new place has been a motivation for getting involved with the community and Cape Cod Pride.